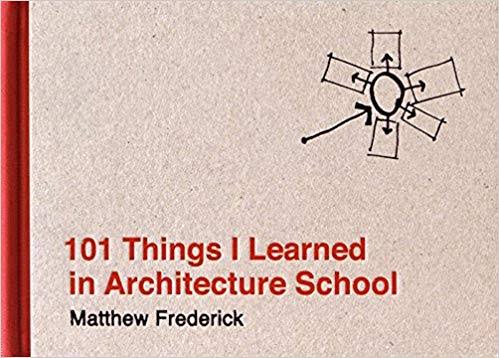 Architecture is a subject which is a combination of many different principles from varying back grounds – science, art, social context etc.  Hence the theories that have been argued upon or developed are made to sound complex, making these relatively simple theories difficult to comprehend. And that’s exactly where this book would be any architecture student’s or an architect’s exit strategy or triumph.

There are many different theories and ideas in this book which are intriguing and have caught my attention. But one which I could relate to or loved immediately is the concept of ‘Denial and Reward ‘- going that extra mile to make your design stronger or an unforgettable one.

As an architecture student who has been in innumerable design studios, I have observed that we are bound by the fate of time, bye laws, and facts and figures making them the primary objective of our design. Hence at some point of the design process we lose the life and deeper meaning of our design. Hence once again falling into a mirage of being  a ‘space planner’ instead of an architect.  As I was nearing my final semesters of my academic years, one of my professors had hinted this theory to me during one of our discussions. But incorporating this idea into my design would mean change in the basic form and variations in my FAR, built up area etc. Hence I was caught amidst the confusion of this theory and my design was not able to neither achieve this concept nor understand its importance.

I have later observed this theory in many architects’ works. In a residential project, where I had visited for a case study this theory was captured beautifully. As I walked along the corridor to the main entrance of the house I could hear the sound of cascading water. I assumed there exists an open space ahead of the monolithic feature wall so I paced forward to steal a view of this breathtaking portal and boy was I stunned! Hence my journey was made more interesting and the arrival even more rewarding.  It was a tough task for me to encapsulate this theory into mere mortal letters. But just as the quote mentioned earlier, the best way to understand is to reciprocate into simpler terms.

This Book has helped me in understanding architecture theories, philosophies, zoning strategies and presentation techniques. It would have been a blessing during my academic years. Nonetheless, I have taken it to my stride .In conclusion I can confidently say that this book gives a refreshing meaning to architecture and has introduced me to theories that teach me to be a better architect today and build a better world tomorrow!